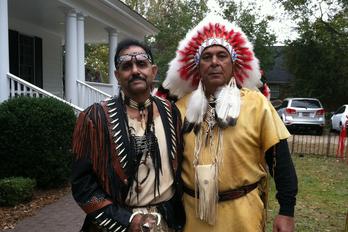 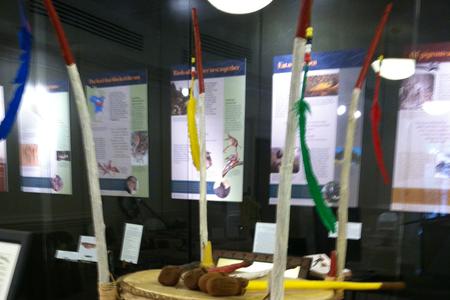 Welcome to The Sumter Tribe of Cheraw Indians' website.

The website of the ONLY American Indian group in Sumter County that is recognized as such by the state of South Carolina.

I ask that anyone with information or news that needs to be communicated to the membership, contact me at siteadmin@thesumtertribeofcherawindians.org. 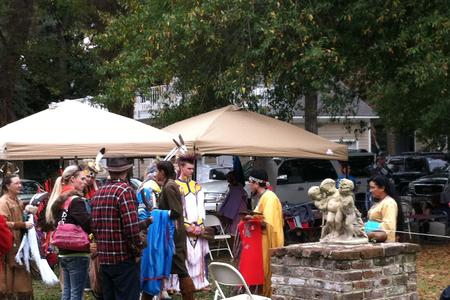 A People Once Lost,
But Now Found

From the Administrator:  Updated on September 8, 2019

Pony Hill tells us that Hodalee Sewell's new book,  “Eyes on the Prize in the Native South: The Struggle  for Federal Recognition in the 21st Century” is tentatively scheduled to be available after May 1st  2018.  The work will address a major issue that is relevant to any state recognized tribe and its members.
Synopsis
As of 2018 the United States federal authorities have a special government to  government relationship with the 567 federally acknowledged  Indian tribes. These tribal governments and that  relationship have long been fundamental to the American Indian identity for more than two centuries. The  constitution of the United States grants Congress the right  to interact with tribes. The Supreme Court of the United  States in United States v. Sandoval, 231 U.S. 28 (1913)  revealed the seriousness of the relationship when it stated, "it is not... that Congress may bring  a community or body of people within range of this power by arbitrarily calling them an Indian tribe, but only that in  respect of distinctly Indian communities the questions  whether, to what extent, and for what time they shall be recognized and dealt with as  dependent tribes". Federal tribal acknowledgement  grants to Native American nations the right to certain  benefits, and the process is largely controlled by the  Bureau of Indian Affairs (BIA), though petitioning tribes can go through congress to secure  acknowledgement as well.  To determine which
petitioning groups seeking acknowledgment were appropriate for such status during the 1970’s federal government authorities began to work to address the need for consistent  established procedures and criteria for acknowledgement   Adding impetus for such, several non-federally acknowledged  tribes encountered difficulties in bringing land claims for  redress. One such case was United States v. Washington  (1974), which affirmed the fishing treaty rights of tribal  groups in Washington State,  and which led to other groups asserting that the federal  government acknowledge their claims to aboriginal titles.  These events led to the Indian Self-Determination and  Education Assistance Act of 1975. This important federal  legislation legitimized tribal  governments by at least in part restoring aspects of Indian self-determination and governance which had in the past been  ignored or suppressed.  The Bureau of Indian  Affairs in 1978 established a process of rules with seven  core criteria that groups who sought to petition had to meet  in order to secure federal tribal acknowledgment. Four of  the criteria have repeatedly been difficult  for many petitioners to document, including identity as a long-standing historical community, outside identification  as Indians, continuity of political authority, and descent from a historical tribe. Petitioners seeking acknowledgment  must submit extensive and expensive petitions to the BIA's Office of Federal Acknowledgment, and the process can take years, even  decades. The Shinnecock Indian Nation formally petitioned for recognition in 1978 and was recognized 32 years later,  in 2010. At a Senate Committee  on Indian Affairs hearing, witnesses testified that the  process was "broken, long, expensive, burdensome,  intrusive, unfair, arbitrary and capricious, less than  transparent, unpredictable, and subject to undue political  influence and manipulation." Recent legislation have  led to significant changes to the acknowledgement process in  response to a growing wave of concern as to the dysfunction  and length of time the process takes by many agencies and  petitioners. The backlog of petitioners had been greatly reduced and those who were longest in the  process, over a dozen tribes, have been receiving expedited  decisions. Key components of the seven criteria required for  recognition relate to petitioners ties to historic tribes, a requirement which  many tribes of the south have found challenging. The  process though reformed.  In the eyes of some still does not  address the legacy of the historic experiences of colonial  struggle, social marginalization, Jim Crow segregation,  economic obstacles and climate change, forces continuing to shape the struggle for  self-determination. This is the story of the Virginia’s  “first contact” tribes, who recently gained federal  acknowledgment, and of the Pointe-au-Chien Indians of  Louisiana, and the Lumbee Tribe of Cheraw  Indians whose tribal communities are still striving to  secure it.

About the author:  Hodalee “Christopher” Scott Sewell (Sumter Cheraw/Creek) is a counselor in the  Florida State Department of Corrections, and a researcher  and writer on race, culture, and identity in Native America,  especially the historically non-federally  recognized tribal groups. He has a B.S. in Sociology and an  M.B.A., and has chaired the Apalachicola River Community of  Indians Annual Conference for 22 years and is a member of  the Wakokiye Tallassee Ceremonial Ground of the Muscogee  (Creek) Nation.
Contact  him at cssewell71@gmail.com.
More information on the Apalachicola River Community of  Indians at dominickerindians.org. he lives in north Florida  and the Muscogee (Creek) Nation in Oklahoma.

The Indians of North Florida: From Carolina to Florida, the  Story of the Survival of a Distinct American Indian  Community (2011 with S. Pony HIll) in the early1800s,  dozens of families of Catawbas, Sumter Cheraw, and  Lumbee’s,  fled war and oppression in the Carolinas and migrated to  Florida, just as native Apalachicola Creeks were migrating  away. Being neither Black nor White, the Cheraw descendants  were persecuted by the harsh “racial” dichotomy of the  Jim Crow era and almost forgot their proud heritage. Today they have rediscovered their  past. This is their story.

Belles of the Creek Nation (2015)  Belles of The Creek Nation  is an innovative> and modern perspective investigating the  problematic linkages between preservation of cultural  heritage, maintaining cultural diversity, defining and establishing cultural citizenship, and ancient tribal
rite of passage.

The Cherokee Paradox: Unexpected Ancestry at the Crossroads  of Identity and Genetics (2016)  Genetics has brought to  light in stunning detail the origins, continual migrations,  and intermixture of humanity as how our ancestors spread across the planet. The complexity of this story has  taken many by surprise.

Indians of Alabama: Guide to the Indian Tribes of the  Yellowhammer State (2016) Unknown too many outside of their  small communities, there are still many Alabamians who  identify as Native Americans.

We Will Always Be Here: Native Peoples on Living and  Thriving in the South (Anthology, 2016) The history of  Native Americans in the U.S. South is a turbulent one, rife  with conflict and inequality.

Redbone Chronicles (Anthology, 2016) The history, genealogy  and origins of the people known as Redbone, the Redbone  Heritage Foundation began publishing a collection of  conference presentations, articles and essays and  genealogies in the Redbone Chronicles, edited by Don C.
Marler and Gary  "Mishiho" Gabehart.

Our Vision: "Inspiring success by transforming one life at a time."

Thanks to Pony Hill for passing along the news of the release date of another H. C. Sewell book whose subject and information could prove helpful to any American Indian tribe member.  ​​ 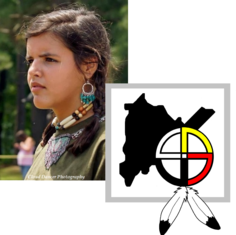 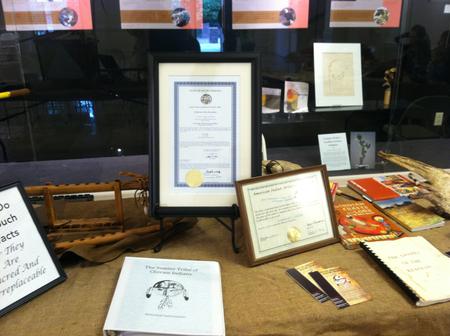 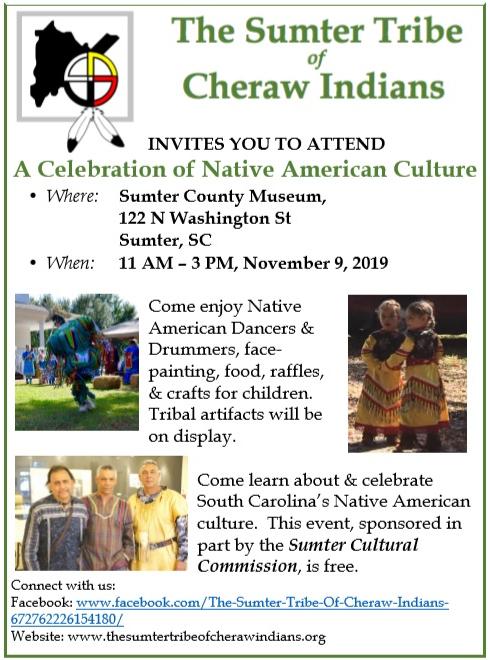